“… he (Luv) let fly. The first arrow hit its mark and the second was flying even before the wagon had rolled fully into view. A man shouted with pain and tumbled off the wagon, with two arrows sprouting, one from each shoulder…”

That was an attack by the twins, Luv-Kush on an Ayodhyan caravan (carrying funding for an Ashwamedha Yagna). 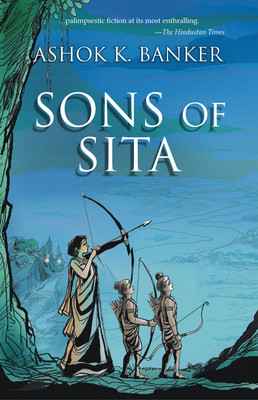 The Story in Book-8 (last of the series)

Sita and her twins (Luv-Kush) live in a forest hermitage run by rishi Valmiki (credited as the original author of the Ramayana). While Luv-Kush are tutored along with other acolytes of the hermitage in the Vedas, Sita and her ex-bodyguard Nakhudi train the twins as warriors.

In the meanwhile, in Ayodhya, Rama now styles himself as an “emperor” (Samrat). He is manipulated by his new ministers, and justifies all his inconsiderate actions as an extremely distorted form of dharma (his ruthless soldiers are sarcastically called ‘dharmanators’). His mothers Kaushlya and Sumitra are unable to influence him. When his brothers (Bharat and Shatrughan) try to provide moderating advise, they are branded as traitors. Lakshmana and Hanuman continue to be unquestioning side-kicks.
END_OF_DOCUMENT_TOKEN_TO_BE_REPLACED

This is an eight-book series where Ashok Banker retells the Ramayan in the style of the modern “fantasy” novel, like the Lord of the Rings series by JRR Tolkien.

The first of the series was written in 2003 and series was completed in 2012 with the eighth book.

Here are the images of the covers of these books: 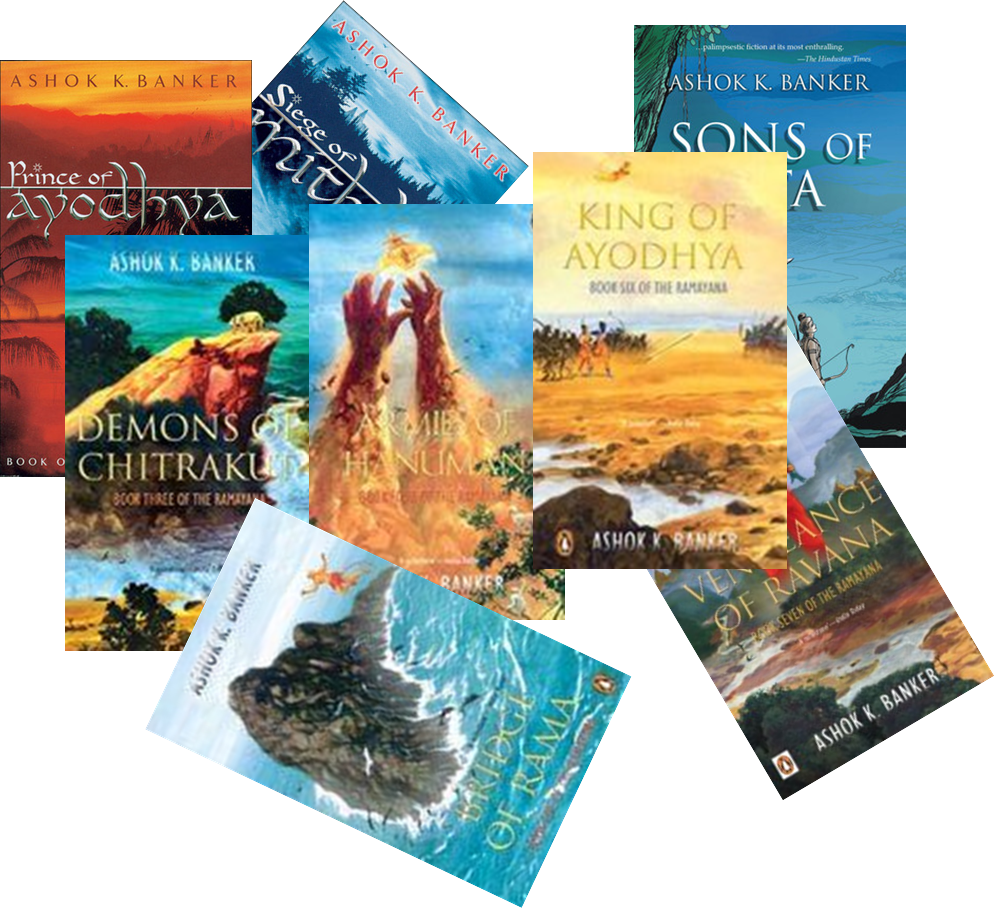 I had heard the Ramayan in bits and pieces in my early childhood. Later, I read abridged YA versions and graphic art forms (called comics then) from Amar Chitra Katha. Somewhere along the way I consumed the English versions by Rajaji (C Rajagopalachari) and R K Narayan. I was eventually put off this epic by Ramanand Sagar’s teleserial in the 1980s, where it became morlistic, dull, and full of cardboard charaters.

Anyway, a few years ago, my wife (Swapna) had purchased the first of the series, and I picked it up just after she finished it. Once I started reading it, I just could not put it down. I gobbled-up the first six of the series as and when they were released. I was under the impression that the series was over with the six books (maybe there was a gap between the publishing of the sixth and the seventh book, or something in the sixth book gave me that impression). However, I recently discovered that Banker has added two more volumes to the series, making it a total of 8 books.
END_OF_DOCUMENT_TOKEN_TO_BE_REPLACED

I'm Rajesh Naik, and this is my personal website. You can read more about me here. To get email alerts for new posts, subscribe by entering your email id in the box above.

I am a consultant, mentor, appraiser/assessor, trainer and author by profession. I currently live in Bangalore, and I also travel around in India for work.

My specialities are management consulting, training, assessments/ appraisals for Balanced Scorecard, CMMI and People CMM (PCMM). I am familiar with multiple industries like IT, ITeE, Engineering, chemical, financial, and services industry.

If you are interested in contacting me professionally, I am available on LinkedIn and I will be glad to accept your invite.

This business novel, co-authored with Swapna Kishore, is centered around the concepts of strategy, alignment, and performance management. Read samples or buy the eBook at Amazon.com (or Amazon.in)

View a trailer of the book here: